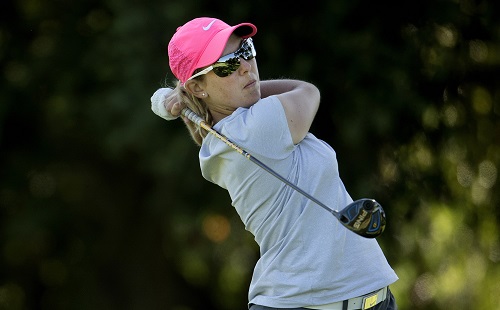 5 November 2017 – South Africa’s Ashleigh Buhai will be taking a whole lot of confidence to her next LPGA Tour start in China after a strong final round finish in the Fatima Bint Mubarak Ladies Open in Abu Dhabi on Saturday.

After a six week break, Buhai resumed her Race to the CME Globe campaign at the Sime Darby LPGA Malaysia in Kuala Lumpur at the end of October.

However, a foot injury flared up again and she was forced to withdraw in the final round. The only South African to qualify for the business end of the season-long points competition, the unexpected setback was quite a blow for Buhai, but she is feeling positive after a tie for 41st in Abu Dhabi and looking forwards to the Blue Bay LPGA in China.

“I needed to get some of the rust off after the long break and I was really happy to get four rounds under the belt,” said the reigning Chase to the Investec Cup for Ladies champion after a final round three-under-par 69 at the Saadiyat Beach Golf Club.

“I felt that I was starting to feel my swing again in the last two rounds and I struck it well. The short game was still a little rusty, but I feel ready to start up again in China. I want to put in one last strong performance before the CME Globe Championship.”

Compatriot Lee-Anne Pace – who won the first edition of the Blue Bay LPGA in 2014 – will also be in the line-up at Jian Lake Blue Bay Golf Club.

Pace led the first two days in Abu Dhabi with successive rounds of 66, but slipped from contention with a 72 in the third round. Pace closed with a 76 to tie for 27th on eight-under 280.

Garcia and Stacy Bregman will be setting course for the DLF Golf Club in India, where the pair will join defending champion Aditi Ashok in the Hero Women’s Indian Open next week.

The 19-year-old from Bangalore will be gunning for her fourth Ladies European Tour title in 12 months in Gurgaon after she took the spoils in Abu Dhabi, firing rounds of 67, 66, 68 and 69 to close out a one shot victory on 18-under-par 270.

END_OF_DOCUMENT_TOKEN_TO_BE_REPLACED

No blues for Buhai at LPGA Blue Bay