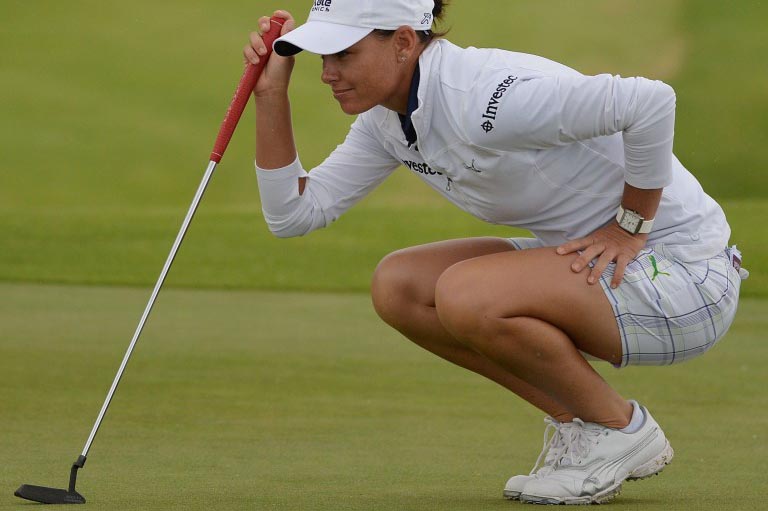 Lee-Anne Pace hopes to make some headlines when she hunts an unprecedented hat-trick in the SA Women’s Open starting at San Lameer Country Club on the KwaZulu-Natal South Coast on Thursday.

Pace provided one of the most dramatic moments of the 2015 Sunshine Ladies Tour season when she defeated England’s Holly Clyburn in a play-off for her first victory.

Last year, she held off charges from amateur Lejan Lewthwaite and recent SA Women’s Masters champion Carrie Park to join the exclusive double winners list alongside Brenda Lunsford from the United States, who won back-to-back titles in 1990 and 1991, and South Africa’s Barbara Pestana, who bagged two in a row in 1998 and 1999.

This week Pace aims to re-write the history books as the first three-time winner of the national championship.

The LPGA Tour winner was in a confident mood ahead of the R250 000 championship, sponsored by the Ray Nkonyeni Municipality.

“We had such a great time in the pro-am today and I had a chance to check out the course and revisit my winning strategy over the last two years,” said Pace.

“When we set out this morning, the wind was pretty strong, which was good because puts you in the right frame of mind for what is coming. Position is really critical around this layout, especially if the wind shows up, so it was great to get my eye in for Thursday’s first round.”

After a mediocre start in the SA Women’s Masters compared to her last three seasons, the triple Chase to the Investec Cup for Ladies champion is keen to get this week off to a fast start.

“I am really looking forward to it,” said Pace, who tied for fifth in Cape Town on Saturday.

“I never really got it going at Rondebosch and I battled with the putter, so not surprisingly, a new one has gone into the bag for this week. I’m feeling a lot better and more confident coming into this week.

“I love the layout at San Lameer; it’s such a great design and always in really great condition. It suits my eye and my game and I love it even more when the wind blows.

“There are no easy holes here, and that always pushes me to dig a little deeper. There are a lot of good players in the field this week and the depth of talent on the Tour gets deeper each year, so it won’t be a walk in the park, but I’m up for the fight.”

As the most recognisable face in South African women’s golf, Pace believes it is important to support the country’s flagship event and the Sunshine Ladies Tour.

“Schedule permitting, I will always come out to support the Sunshine Ladies Tour and the SA Women’s Open especially, because it holds really special memories for me,” she said.

“The SA Women’s Open is a national treasure and now, having the SA Women’s Masters on the circuit as well, the Chase to the Investec Cup is becoming a real battle of the champions.

“It’s important for us to come back from the United States and Europe to show our support for the sponsors and to help grow the tour for the next generation. It’s exciting times with new champions emerging and I am keen to see how far and how big we can take the Sunshine Ladies Tour.”

But first, Pace has an appointment with destiny, which starts tomorrow.