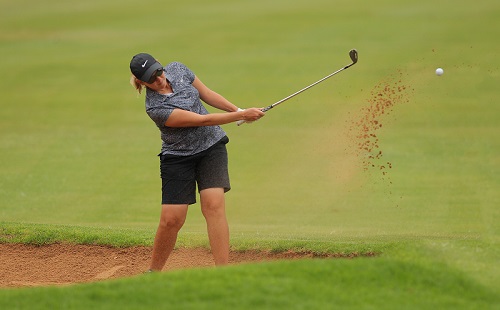 South Korea’s Amy Yang leads by one shot while South Africa’s Ashleigh Buhai is five off the pace after the weather-suspended first round of the KPMG Women’s PGA Championship in Illinois was completed on Friday.

Late rains at the Olympia Fields Country Club on Thursday prompted the suspension play, leaving Yang and Buhai among the 30 players unable to complete the opening round.

Yang, who has three LPGA victories, but is still in search of her first career major championship, won the Honda LPGA Thailand in February and came into the season’s second Major on the back of a joint second place finish in last week’s Walmart NW Arkansas Championship.

The world number nine holed out for the only eagle and birdied the par five 18th hole for a six-under-par 65 that thrust her to the top of the leaderboard.

Compatriot Chella Choi shot 66, while American Brittany Altomare posted a 67 to finish one shot clear of six played tied at four under.

Reigning Chase to the Investec Cup for Ladies champion Buhai dropped shots at the par four fifth and par four 10th, but a trio of birdies at two, 14 and 18 got the Sunshine Ladies Tour campaigner a seat on the bus at one under.

Buhai will start the second round in joint 22nd but compatriots Lee-Anne Pace and Paula Reto have some work to do.

LPGA winner Pace mixed one birdie with a pair of bogeys to tie for 59th at one-over-par 72, while Reto only managed to offset three of her six bogeys and a costly round of 74 left her languishing in a tie for 86th.

END_OF_DOCUMENT_TOKEN_TO_BE_REPLACED

SA pair through to PGA weekend