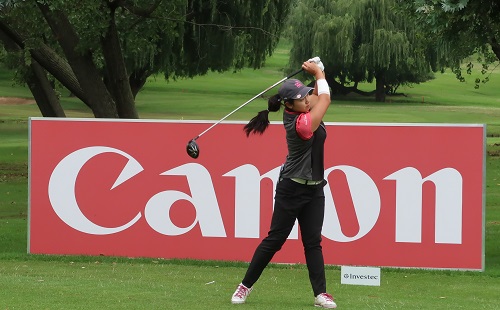 Canon South Africa has bolstered its support for the Sunshine Ladies Tour as the title sponsor of the season opening Canon Ladies Tshwane Open at Pretoria Country Club from 23-25 January.

We are thrilled to help bring to fruition the fifth season of the prestigious Sunshine Ladies Tour and contribute to the sustainability of women’s golf in South Africa, said Dana Eitzen, Corporate and Marketing Communications Executive from Canon South Africa.

The Sunshine Ladies Tour has grown tremendously since 2014 to become the country’s most illustrious women’s golf circuit, attracting a high calibre of talent from South Africa and abroad.

It is heartening to see the tremendous and growing enthusiasm for women’s golf in South Africa. We feel privileged to be part of it once again.

The Sunshine Ladies Tour was launched to sustain the future of playing professionals in South Africa and the continued growth of women’s golf in the region.

The first season featured eight events with prize money of just over R1-million. By 2017, the total bounty was just short of R4-million, with the top ten ranked professionals vying for a R1-million bonus pool. This year, thanks to continued backing of loyal sponsors, there is an unprecedented prize pool of nearly R4.5-million, as well as a R100Â 000 incentive prize for the Investec Property Fund Order of Merit winner.

Aside from these financial incentives, the Sunshine Ladies Tour offers female golfers the opportunity to compete against some of the very best in the world in world-class tournaments right here, on home soil.

In 2017, the Sunshine Ladies Tour nearly 50 international players, triple the number of foreigners who competed in 2016, and around 70 top South African female golfers campaigned on the local circuit.