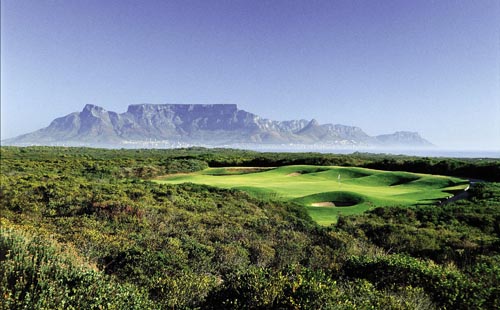 “We are delighted to announce that the LET will be a full co-sanctioning partner to this year’s Investec South African Women’s Open,” said Sunshine Tour Chief Executive Selwyn Nathan. “The Sunshine Ladies Tour and the WPGA are extremely excited to welcome back the LET for the first time since the 2014 SA Women’s Open.

“This partnership is a huge step forward in restoring the status and prestige befitting our national championship. Partnering with the LET also provides the opportunity to improve the strength of the field through the greater depth of international players currently competing on the Ladies European Tour.”

The Investec South African Women’s Open will be contested at the picturesque and challenging links layout of Atlantic Beach Country Club from 8 – 10 March.

With the full co-sanction, the field for the 2018 Investec South African Women’s Open will include 60 spots for members of the LET. The prize money earned in the prestigious championship will count towards both the Investec Property Fund Order of Merit and the Ladies European Tour Order of Merit.

New title sponsor Investec boosted the prize money to R2-million, which makes it the largest purse on offer since the Sunshine Ladies Tour launched in 2014.

“We are absolutely delighted with the confirmation from the LET,” said Danni Dixon, head of Marketing for Investec Property. “Following our initial investment in the Sunshine Ladies Tour to aid the promotion and growth of South African women’s golf, both locally and internationally, we decided to take up the title sponsorship of the South African Women’s Open this year.

“The Investec South African Women’s Open echoes our brand’s position of high performance and, having the Sunshine Ladies Tour partner with the LET, is another fantastic and positive milestone in our vision to promote women in sport and the ongoing development of our professional golf circuit.”

The tournament will mark the Ladies European Tour’s first visit to South Africa since 2014, when three-time champion Lee-Anne Pace from South Africa prevailed in a play-off against Holly Clyburn from England to lift her first of three titles at San Lameer Country Club in KwaZulu-Natal.

“The LET is delighted to co-sanction the Investec South African Women’s Open with the Sunshine Ladies Tour and the WPGA,” said the LET chairman, Mark Lichtenhein.

“South Africa is a proud sporting nation which has produced some of the world’s leading golfers and we would like to say a huge thank you to the Sunshine Ladies Tour for welcoming our international competitors, as well as to Investec for their support as title sponsor.

“In terms of a tournament venue, we could not ask for more. Atlantic Beach Country Club is one of the finest and most picturesque courses in South Africa and previously hosted qualifying for The Open Championship in 2004 and 2005.

“We are excited to bring our international players to compete alongside South Africa’s local talents and we look forward to the renewal of our partnership.”

Cherise Paxinos and Liza Gröpp-Els, the co-chairpersons of the WPGA, lauded the initiative between the Sunshine Ladies Tour, the LET and promotor World Sports Promotions.

“South Africa is known around the world as a fantastic golf destination and boasts several co-sanctioned and tri-sanctioned events on the Sunshine Tour,” said Paxinos.

“The Investec South African Women’s Open is the crown jewel of the women’s professional golf circuit and it is entirely fitting that the event stands proudly alongside the world-class tournaments in South Africa. This is a very exciting time for women’s golf in our country and we would like to pay tribute to the Sunshine Ladies Tour, the LET, Investec and World Sports Promotions for their commitment to the women’s game.”

Liza Gröpp-Els added: “On behalf of our members, we thank Investec, the Sunshine Ladies Tour and the LET for investing in our national championship. We also want to applaud the City of Cape Town for embracing the South African Women’s Open and for throwing its full support behind the event.

“The City of Cape Town joined the Sunshine Ladies Tour as the host sponsor of the annual Cape Town Ladies Open in 2015 and we were proud to play a key role in reviving the South African Women’s Masters last year, after an absence of eight years.

“An event of this stature will also further enhance Cape Town’s status as the events capital of South Africa. With world class golfers from across the world heading to South Africa, the national championship will generate huge interest even beyond the borders of the golfing community. We look forward to hosting all the players at Atlantic Beach in March.”