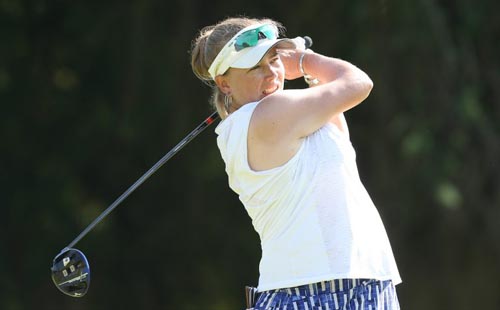 If recent performances are anything to go by, Kim Williams will be one of the favourites in the SuperSport Ladies Challenge, presented by Sun International, which tees off at the Wild Coast Country Club on Tuesday.

Third on the Investec Property Fund Order of Merit after a fourth place finish at the Dimension Data Ladies Pro-Am two weeks ago, and a third place at the South African Women’s Masters last week, means Williams be hoping to ride her wave of form into the winners circle.

In fact, Sunday’s winner at San Lameer Country Club Leján Lewthwaite had finished third and second this season before breaking through for her maiden Sunshine Ladies Tour win. The Investec golfer, who shot to number one in the rankings, is not in the line-up this week, though. 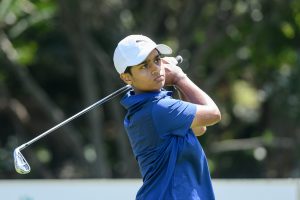 GolfRSA Elite Squad golfer Kajal Mistry, coming off a top five finish at Fancourt and a play-off loss in the SA Women’s Masters on Sunday, is looking for another hot finish in the SuperSport Ladies Challenge, presented by Sun International, at the Wild Coast Sun Country Club; Justin Klusener.

Lewthwaite departed the KwaZulu-Natal South Coast on Monday to make her 2019 debut on the Ladies European Tour in Australia.

Williams, meanwhile, rose to fifth in the standings and hopes that its third time lucky for her this week.

“I just need to keep doing what I have been doing the last two weeks and hopefully make a few putts,” said the Centurion Country Club golfer.

Williams grabbed a share of the 36-hole lead with Sweden’s Sofie Bringner at San Lameer. She stayed ahead of the field for most of the round, despite triple bogeys at the par three fourth and 16th holes. Those two holes cost her six shots, yet Williams ended just two shots outside the play-off for the title.

“I just need to stay patient, because these things happen. It wasn’t bad shots, but I still ended up with a triple on both par threes. I just need to stick with the processes. Hopefully I keep knocking on the door, meaning the victory is around the corner,” Williams said.

With a short turnaround between tournaments of three days, Williams took time to relax between events to keep herself fresh for another title challenge.

“I just took Sunday off, went down to the beach and relaxed. Hopefully nothing has changed from last week,” she said. “The last couple weeks I’ve been hitting my irons really nicely, so if that keeps up I’ve got a really good chance this week.”

Lewthwaite beat young GolfRSA Elite Squad player Kajal Mistry on the first play-off hole by holing a monster 35-foot putt to seal victory. The play-off with the 18-year-old Ernie Els and Foundation member drew praise from Williams, who was paired with the youngster in the final round.

“She is an amazing golfer and she has a very big future,” Williams said. “Although Kajal still has a lot to learn, she already has a fantastic game, a great temperament for the big moments and her course management is coming along great.”

Although she is not eligible for earnings, Mistry’s top four finish in the Dimension Data Ladies Challenge and play-off loss in the SA Women’s Masters effectively moved her to third in the Investec Order of Merit. She hopes to take the lessons learned last week to produce another top finish.

“I learned that sometimes things don’t go your way and to exercise loads of patience,” said the Randpark Golf Club player.

“That’s just the way it is. I tried my best and had a lot of fun being in contention. I haven’t done that in a while, even on the amateur circuit so it was fun.

“At the start of the day I was three back. When I lead by three shots on the amateur circuit, I know it’s nothing. One hole can change your situation quite quickly. I stick it out for the whole 18. There was never a point where I thought I couldn’t do it at San Lameer. I kept my head high the whole time.”

“I last played here when I was 10 years old. This was the course where I put my first score into the handicap system. I think I shot about 110,” she laughed. “I have good memories from here, as I’ve also stayed here on holiday.”

Not to be discounted though this week will be defending champion Nobuhle Dlamini.

The Glendower Golf Club player broke through at this event last year for her maiden victory on tour. The 27-year-old has since won twice more and rocketed to second in the Investec Property Order of Merit after her third success at Fancourt. She has also spoken of her desire for a strong title defence, and will likely factor strongly this week.

Another good bet could be Gleneagles golfer Hannah McCook. Making her professional debut last week, the 25-year-old Scot contended strongly throughout the week before finally finishing an impressive tied third alongside Williams on one-over.

END_OF_DOCUMENT_TOKEN_TO_BE_REPLACED

More to play in #InvestecSAWomensOpen