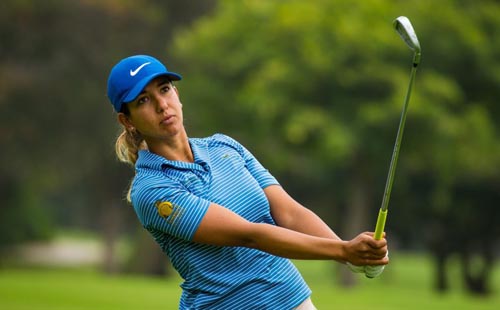 Maha Haddioui secured a career-best third place finish in the 2018 Investec South African Women’s Open last season and the Moroccan star is excited to be back at Westlake Golf Club.

“I am really happy to come back to South Africa, especially coming back to Cape Town and the same course as last year,” Haddioui said. “I love visiting South Africa and I know a lot of people here. There is always a great atmosphere here in Cape Town and I’m excited to start this year’s event.”

Haddioui, who represented Morocco in the Rio 2016 Olympic golf competition, has fond memories from last year’s performance and is hoping that her course knowledge will provide the platform for another great week.

“I like the course and I feel that I know it well,” she said.

“It’s kind of funny, as you need to fade the ball a lot around this course and one of the strengths of my game is how I shape it with a draw. Because the course doesn’t suit my game, it forces me to focus more on targets and where I need to position the ball.

“Golf is complicated sometimes, isn’t it? By having to use more imagination with shots and thinking about the shape of the hole, it really worked for me last year. I am taking confidence into the week based on my performance and the many great memories from the tournament last season.”

Haddioui placed third on four-under par and is hoping to go two spots better and head home with the trophy.

“It would be simply amazing to win the 2019 Investec South African Women’s Open, but I’ve just come off three tough weeks in Australia, so I am first focusing on having a solid start. To get the win would be awesome, though.”

A total of 26 nations is represented in the world class field full of 126 players who will contest the 54-hole event for the lion’s share of the R2-million purse, exemption for the rest of the season on the Ladies European Tour and starts in two Majors – the AEG British Women’s Open and the Evian Championship.

Three of pre-tournament favourites – Karolin Lampert, Julia Engstrom and Carly Booth – visited the picturesque Boulders Beach on Tuesday for some motivation and were inspired by the experience of getting up close and personal with the African Penguins.

Germany’s Lampert, the runner-up last year, is looking forward to another great week in South Africa.

“My game has been improving the last few weeks in Australia and I am happy where it is now,” she said. “The first three days of the Women’s New South Wales Open was really good, so I aim to build on that. I like the setup of this course and have positive memories from last year, so I am targeting a strong week.

“The penguins were like nothing I’ve ever seen. At first we could only see a few and I thought that was it. But when we got to the bottom area of the beach it was crazy. There were millions of them, and it was incredible. You have to see it to believe it.”

Engstrom from Sweden is excited to make her debut after a superb rookie season last year.

“I’m loving South Africa so far. The penguins were incredible. It was a great experience and I was so happy that I got to see so many of them,” said the 2018 Ladies European Tour Rookie of the Year.

“I played 18 holes on Monday and Tuesday and it’s a nice course. It’s quite a bit different from what we have been playing in Australia, so I am looking forward to the new challenge this week.” 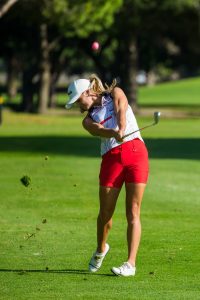 The Scottish golfer arrived in South Africa on the back of a fourth place finish in the Canberra Classic and 12th in the Women’s NSW Open.

“I am so happy that we went to see the penguins; it was amazing. They are too cute, and you kind of wish they were just a little cuddlier! I’ve been to South Africa many times and Boulders Beach was just another highlight in such an amazing country,” she said.

“My form at the moment is really good. I have great rhythm and a good feeling and my putting has improved a lot over the last month. I have been working on a couple of changes to my swing to help my timing. I would love to get a win and then go home and enjoy the next couple of weeks.”

The 2019 Investec South African Women’s Open gets underway on Thursday at 07h20 at Westlake Golf Club. Entry is free to all three rounds and there is ample public parking.

Written by Elliott Platts for the Ladies European Tour. Edited and released by Lali Stander on behalf of the Sunshine Ladies Tour and WPGA.