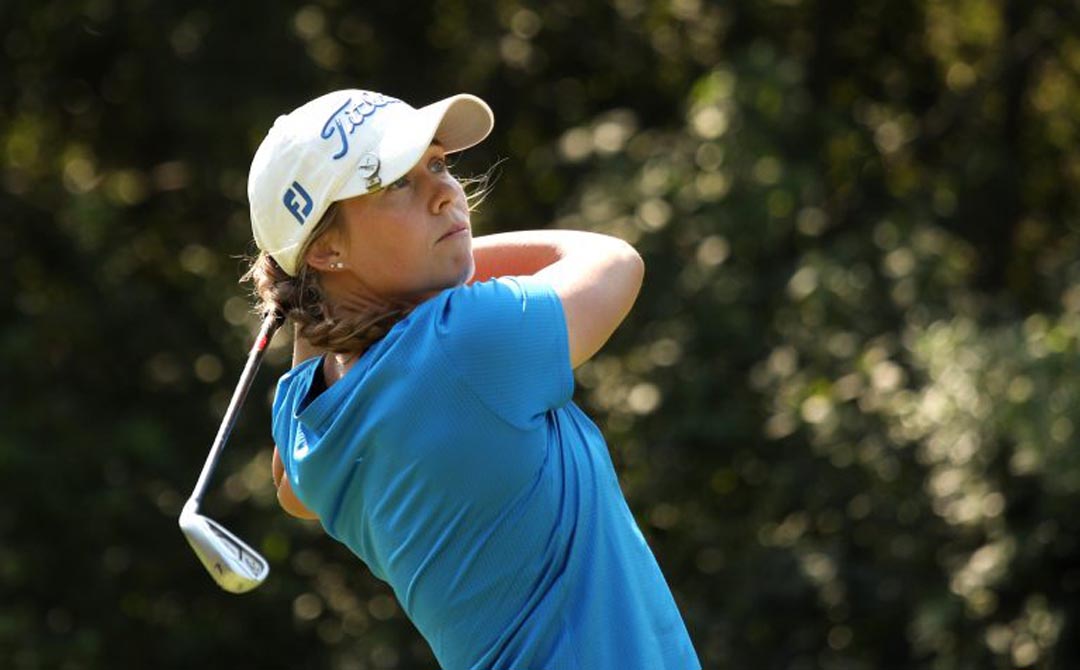 Maritzburg’s Michaela Fletcher produced a stunning seven-under-par 65 on Thursday to lead a Sunshine Ladies Tour event for the first time in the SuperSport Ladies Challenge, presented by Sun International, at Sun City.

The 25-year-old former Memphis Tigers standout fired eight birdies at the Gary Player Country Club to set the early clubhouse target at four-under, before Nobuhle Dlamini joined her at the summit.

Having offset two bogeys and a double at the par-three 13th with five birdies, a gain on the par four 17th saw the 2018 champion sign for a round of 70, and a share of pole position.

Fletcher began the second round six shots adrift of overnight leader Caitlyn Macnab on three-under, but she began chipping away at the deficit with birdies on the third and fourth holes. Another brace of birdies on the eighth and ninth holes saw her turn four-under.

“I made a right mess of that hole, but ’m happy that I amends with a birdie finish,” said Fletcher. “It was a really good round. I struck the ball really well both rounds, but the difference was that the putts dropped today.”

Fletcher was the first Tigers women’s golfer to advance to the NCAA Championships, doing so in 2015. She was also a two-time NCAA Regional qualifier during her four year stint at the University of Memphis.

She joined the pro ranks on the Sunshine Ladies Tour last year. “I had a fantastic time at college, but I was really ready to turn pro,” said Fletcher, who ranked 15th in the Investec Order of Merit after scoring top 20 finishes in her seven starts.

“I had planned to return to the United States to build experience on the feeder circuits, but when the country went into the hard lockdown after the Investec South African Women’s Open in March, I had to switch gears.

“It was a blow, for sure, but I used the time to work on a major swing change at the small driving range back home. Putting in the time and the hard work was worth it. It worked out for the best in the end. Once I was happy with my swing, I took a complete break from golf for six weeks so I could really relax and I then I started preparing for the 2021 season.

“Big ups to the Sunshine Ladies Tour for getting the season together in the midst of everything that is happening. It’s so awesome to back out playing competitively again.”

Fletcher will now face the biggest challenge of her young career as she looks to hold off the chasing pack, led by the big-hitting eSwatini golfer and Macnab, who registered a 73 to finish in third place on two-under.

“I learned at college to accept that I can’t control what the other players do,” Fletcher said. “Nobby and Cat are both big-hitters; they can pull out the driver on a lot of holes. I am shorter off the tee, but I hit a lot of fairways and greens, so I have to play to my strengths, stick to my game plan and stay in my own head-space. If I can do that well, I have a chance to win.”

Parkview’s McCallum is level after 36 holes after carding 73 in round two, while Pace and Holmslykke posted respective rounds of 72 and 71 to tie for fifth on one-over.