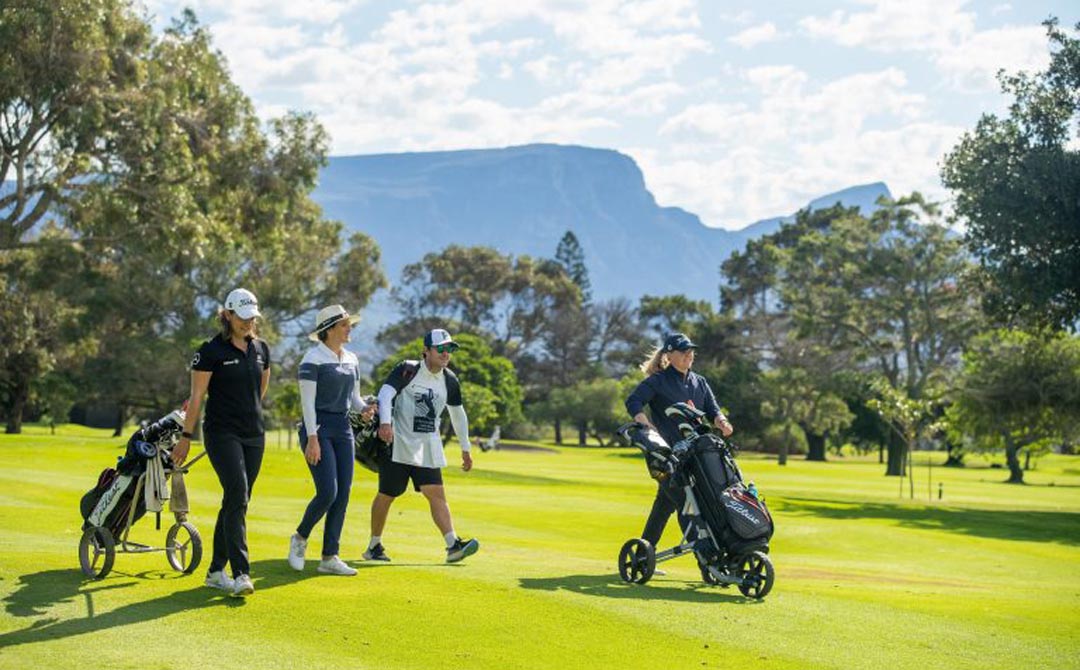 Nicole Garcia will take a one-shot lead into the weekend at the Investec South African Women’s Open after the course showed its teeth on Friday.

Taking advantage of an early start, Garcia picked up three birdies in a second round 73 at Westlake Golf Club to set the early clubhouse target at level-par.

With first-round leaders Lee-Anne Pace and Lydia Hall starting day two on two-under, the Serengeti golfer was hoping to finish in the top three, but a brutal North Westerly that gusted up to 35km per hour in the afternoon helped the three-time Sunshine Ladies Tour winner to the summit.

“I’m pretty happy with that,” said Garcia, who leads by one shot from three-time champion Pace and Germany’s Leonie Harm.

”If you had offered me rounds of 71 and 73 at the start of the week, I may have grumbled, but after the wind showed up on our back nine, I’m not complaining. It was pretty calm over the first 12 holes, but the last six holes played really tough. I suspected it would only get worse, but I didn’t expect to be leading. It’s a great position to be in with two rounds to play.”

Pace struck the ball well, but struggled for pace on the greens and she had a trio of three-putts in her round of 75 to finish joint second one-over. Harm, who also had a late start, made amends for back-to-back bogeys on 11 and 12 with a brace of birdies on 16 and 17 for a round of 72.

Kylie Henry also showed her affinity for windy conditions with an eagle at the par-5 13th and the Scottish golfer finished the day in fourth, just two behind Garcia after carding 72.

Garcia enjoyed her best season on the Ladies European Tour in 2018, but after finishing 47th in the Race to Costa del Sol, a hip and back injury put paid to her hopes of chasing down a maiden win in 2019.

“I spent the bulk of the season on the bench after surgery,” she explained. “I began hitting balls and preparing for a comeback on the 2020 Sunshine Ladies Tour late in the year, and I was thrilled with how I performed over the seven weeks.”

“I was ready to take Europe by storm, but we no sooner kicked off the Ladies European Tour season here at Westlake, or it was over, due to the international Covid-19 pandemic,” she said. “It was a huge blow. I managed to play It has been two very frustrating years, so I am seriously pleased to make a good start. My ticket is booked for Italy next week and I can’t wait to get back out there.” 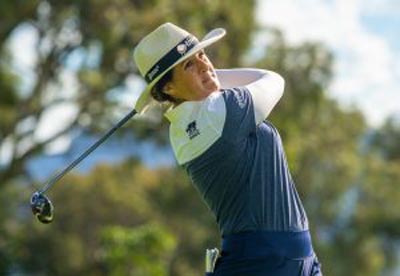 Nicole Garcia took the 36-hole lead in the Investec South African Women’s Open with a round of 73 to top the leaderboard at Westlake Golf Club on level par; credit Shannon Naidoo.

Garcia described her round as a “fighter’s round”.

“I hit some really good shots off the tee, but I got a few unlucky bounces and had some soft drops. I made some really good clutch putts for birdies to recover and to keep the momentum going.

“The course is in the best condition I’ve ever played it, but it is playing very long. Every single tee box is off the tips. You have to hit fairways and greens to score here, but I think it’s a great test. It’s a U.S. Women’s Open qualifier, so if you get a spot, you know you will be able to contend. I just want to keep it together on the weekend to give myself a chance.”

Pace got a little hot under the collar when her group was put on the clock on the back nine.

“I played well, especially on the back nine. I was really getting into the zone and hitting good shots on difficult holes. It played really long and I was hitting a lot of 5-irons, 6-irons and 7-irons into the greens,” said the 40-year-old.

“Then we got put on the clock for no apparent reason. Obviously if you are slow, they have to warn us but no-one was waiting behind us. I got annoyed and lost a shot on the par-5 (16th), but I made two really good pars to finish.”

The nine-time Ladies European Tour champion, holing a huge putt on 17 to save par and keeping her bid for a record fourth title alive with another great par save on the closing hole.

“The putt on 17 was from the fringe and my caddie actually gave me the line, because I was still seeing red. And I made a really good up-and-down for par on the last. So still in it with two days to go.”

Macnab is eight over after rounds of 77 and 75, and Van Rooyen is a further two shots adrift, having signed for rounds of 76 and 78.