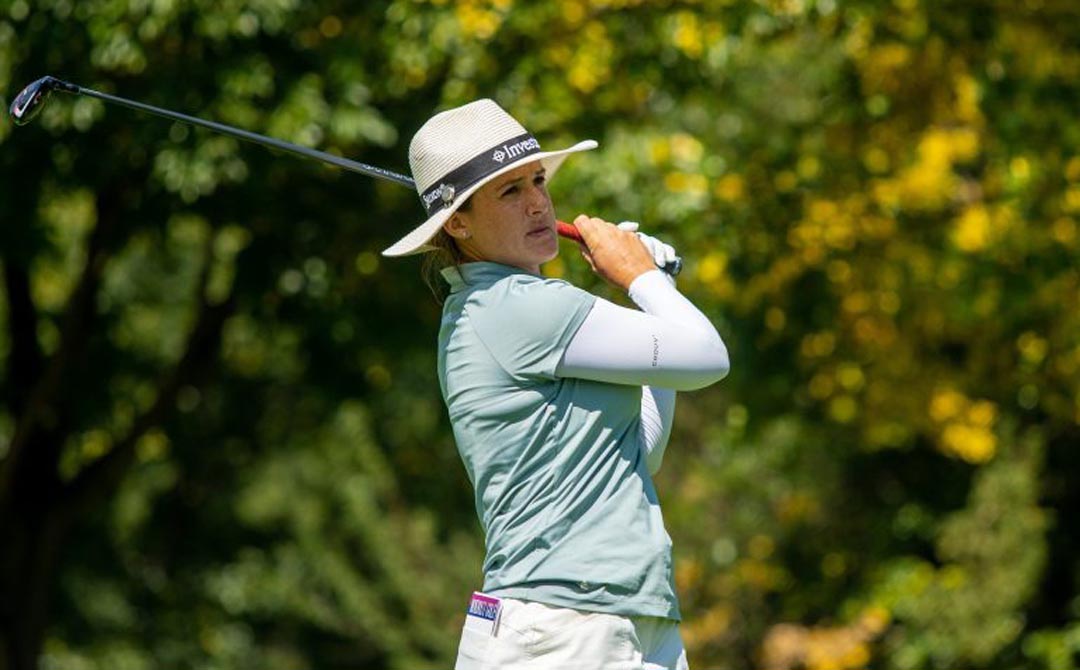 Westlake Golf Club was bustling with excitement during Tuesday’s official practice round as the news spread that South Africa’s flagship event has been awarded four qualification spots for the season’s second Major.

With only two players in the field already qualified – Celine Herbin from France and Swiss golfer Kim Metraux – the other 113 competitors lining up in the €200 000 Sunshine Ladies Tour and European Ladies Tour’s co-sanctioned tournament will go all out to punch their ticket for the Olympic Club in June.

“In 2014 I played the sectional qualifier at Buckingshire Golf Club just outside London. There were eight spots on offer and I grabbed one,” said the Ebotse golfer.

“I was so excited, because that year the U.S. Women’s Open was played directly after the U.S. Open at Pinehurst. I travelled to the US with my fiancée (acclaimed South African coach Grant Veenstra) and we attended the U.S. Open first, because he had some guys he coached in the field.

“Then it was my turn. I was only four months into my rookie season on the Ladies European Tour. I realised quickly that I was out of my depth. It was one of the most amazing experiences of my life, though; it really gave me a window into the world I have been working towards.”

With nearly 1 600 entries from 57 countries for this year’s Major in California, Garcia said South Africans has to step up in a big way this week.

“I’ve tried almost every year since, but lately we only got one or two spots in Europe, so it’s really tough. There are 24 sectional qualifiers in the United States and one in Japan, so this is a massive opportunity for us to get four Sunshine Ladies Tour members in the field. We simply must step it up this week.”

Garcia is champing at the bit to reboot her career after spending two years on the side lines.

“I spent the better part of the 2019 season on the bench due to hip surgery. I made a comeback to competitive golf on the 2020 Sunshine Ladies Tour, but just after last year’s Investec South African Women’s Open, the world shut down due to the Covid-19 pandemic.

“It’s hard not to think what could have been if I hadn’t had the surgery, but I try to focus on the future. To get back out there this year and play again has been amazing so far and I am so ready to start the 2021 Ladies European Tour season this week.” 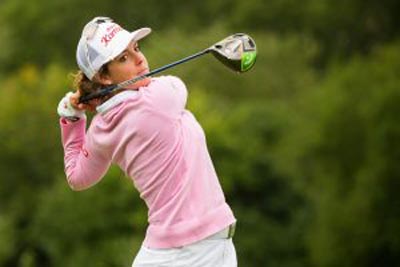 Austrian golfer Christine Wolf has even more reasons to start the first event of the Ladies European Tour’s 2021 season with a bang.

The 32-year-old has an excellent chance of making Team Europe for the much-anticipated Solheim Cup this year. Wolf is currently tied 5th on the Europe Solheim Cup standings with LPGA Tour campaigner Carlota Ciganda from Spain and a fast start in the City of Cape Town could go a long way in gaining her a captain’s pick spot from Team Europe captain Catriona Matthews.

“I dream about making the Solheim Cup and that is one of the reasons I came to Cape Town,” said Wolf. “I’ve played every year, except last year. The tournament is always excellent, the course is always in great condition and the people in Cape Town are so hospitable and welcoming.

“It’s always a positive experience and with the added bonus of the U.S. Women’s Open spots, I wanted to start my season in South Africa. I am really hoping for a strong result this week that I can build on until Team Europe is decided after the AIG Women’s Open.”

Two former champions will headline the local and international challenges.

Lee-Anne Pace, the highest ranked player in the field, will be targeting a record fourth victory and she is coming into the championship in hot form following five top 10 finishes on the Sunshine Ladies Tour.

Marianne Skarpnord from Norway triumphed in a four-way play-off to lift the Dimension Data Ladies Challenge title at Fancourt on the weekend. It was her first appearance on the Sunshine Ladies Tour since she won the SA Women’s Open in 2013.

Other players to watch include 2021 Cape Town Ladies Open winner Manon Gidali from France, who tied for fourth last year and Maiken Bing Paulsen from Norway, who made her Sunshine Ladies Tour debut this season and currently ranks 8th on the Investec Order of Merit.

END_OF_DOCUMENT_TOKEN_TO_BE_REPLACED

Three things to look out for at Westlake