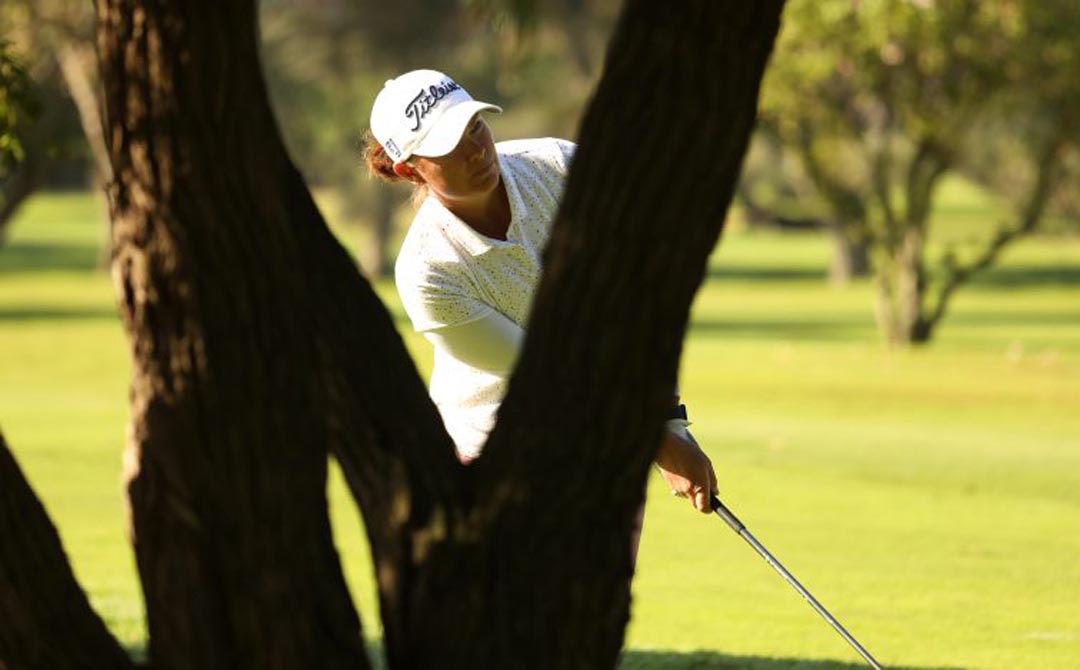 Lee-Anne Pace’s bid for an unprecedented fourth victory in the Investec South African Women’s Open got off to the ideal start with an opening round of 70, which earned the South African a share of the lead on two-under.

The Sunshine Ladies Tour’s most prolific winner was level through 15 holes at Westlake Golf Club she soared to summit with a timely eagle on the par-5 seventh.

Lydia Hall – another early morning starter – managed to get to three-under with a birdie on the par-3 15th, but a bogey on the next and two pars to finish for 70 left the Welsh golfer tied for the lead.

A number of players in the afternoon field tied to beat the clubhouse target and failed.

South African pair Nicole Garcia and former champion Tandi McCallum finished one shot adrift in joint third. Sweden’s Johanna Gustavsson was four deep after nine holes, but slipped from contention with a double bogey at the 10th. A birdie finish for a round of 72 earned her a share of fifth with India’s Tvesa Malik.

Pace closed out a record three successive victories in the flagship event at San Lameer in 2014, 2015 and 2017.

The nine-time Ladies European Tour winner has enjoyed 13 victories on home soil, winning every season since the Sunshine Ladies Tour launched in 2014. However, the winner’s circle has eluded the 40-year-old so far this year.

She certainly does appear to be trending towards a win after runner-up finishes in her last two starts and the veteran rolled back the years with a vintage display in perfect conditions in City of Cape Town.

Pace reversed an early bogey at the 12th with birdie at the next, followed by a string of pars until she eagled the 456m (499y), par five seventh.

“It was three great shots,” said Pace. “I went with the driver so I could push it a little further down the fairway. I had 220 to the pin, 194 front, which is the perfect 3-wood for me. It bounced straight, which was nice, and I rolled in a six-foot putt.”

“I have a lot on my mind, for sure, but you just try to push it back and play one shot at a time. I am just trying to hit the fairways and the greens, because it’s so important here. The greens are smaller this week, so if you hit them, you always have a birdie chance.

“I wanted a fast start, but I knew it was playing tough. I thought anything around level-par or a bit under would be good enough. So I am breaking the big goals into small goals, and I reached one of them today.” 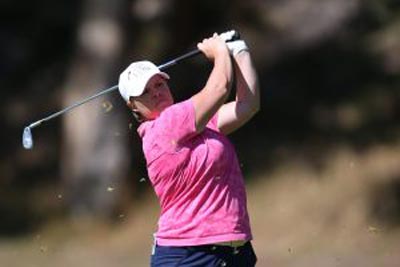 Lydia Hall from Wales fired an opening two-under-par 70 to finish in a two-way share of the lead in the Investec South African Women’s Open at Westlake Golf Club.

“I was still undecided 30 minutes before the entries closed, but I decided to do it because I have done well here in the past,” said Hall, who offset a pair of bogeys with four birdies.

“The course is so much greener that we are used to seeing it in March. And it was a little wetter than normal. It’s playing quite a bit longer, off the back tips this year, but the set-up is good. It’s a good test.”

Hall tied for ninth in 2018 and fifth a year later – another reason she was keen to start the 2021 Race to Costa Del Sol in South Africa.

“I just really like this course. It’s tight off the tee and you have to shape a lot of shots off the tees and into the greens; that’s something I like doing,” Hall said. “And the greens here are so pure. Where you start it is where it goes. It stays on line.”

“I hit a lot of fairways and greens, which is key to scoring well on this course. I had one or two errant tee shots and two bad iron shots, but I’ll head to the range to work out the kinks. With an afternoon start on Friday, I expect the course will be a lot drier and the greens will firm up, so I am pretty happy to start the week on two under.”