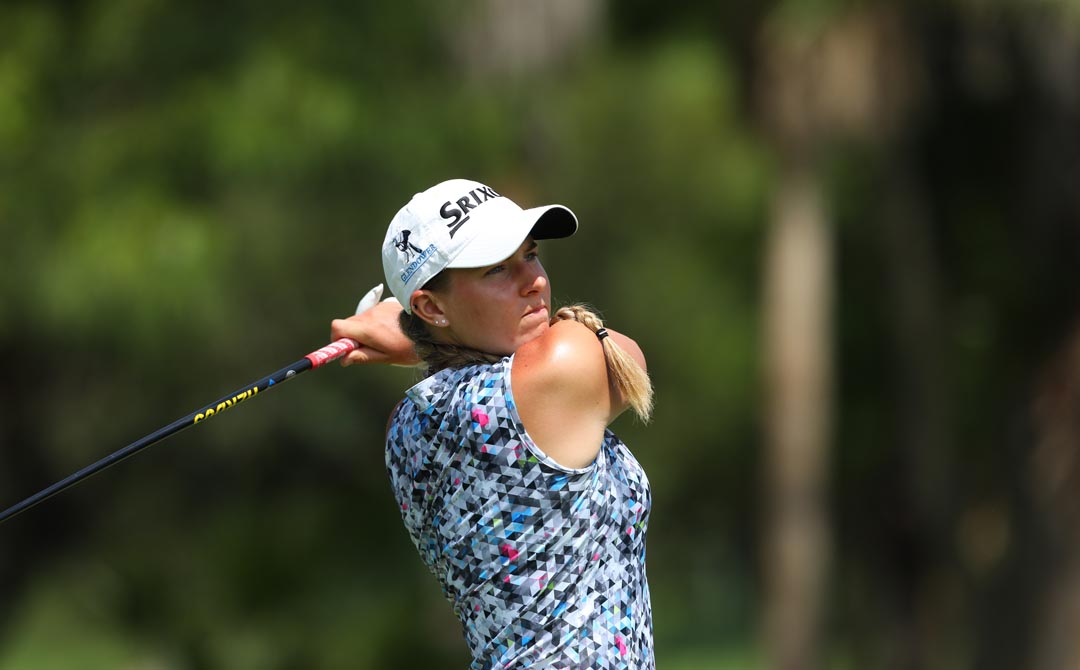 EDENVALE – Casandra Alexander just needs more accuracy off the tee this week at Glendower Golf Club if she is to take a step up and get a third Sunshine Ladies Tour title in the R1-million Jabra Ladies Classic which tees off on Wednesday.

Newly married and with a new surname after campaigning as Casandra Hall, Alexander was one of very few players who managed to stay in the same postal code as Paula Reto in last week’s tournament, the SuperSport Ladies Challenge, presented by Sun International.

She was still 10 shots behind as she claimed the runner-up spot, and a glance at her season statistics gives some insight as to how Alexander can close the gap.

On one of the most imposing championship courses in the country, Alexander brings the distinct advantage of being long off the tee. She is ranked fourth on tour in driving distance at an average of just short of 265 metres, but she needs to work on hitting fairways and greens to up her game.

She has hit 73 percent of fairways, which is very good, but that ranks her just 53rd on tour. She has hit 65.8 percent of greens in regulation, which puts her in 15th on tour. Like her fairways numbers, that’s pretty solid, but should she be able to improve at Glendower, she’ll be able to get fewer than 32 putts per round, a number which ranks her a lowly 72nd on tour.

The South African, a regular LPGA Tour campaigner, missed only two fairways in the 54 holes at Sun City, but she hit 43 of 54 greens in regulation last week and she averaged under 30 putts per round. And therein lies the difference, and the target for Alexander.

Clearly the likes of former Order of Merit winners Lee-Anne Pace, Nobuhle Dlamini and Stacey Bregman are able to produce relentless spells of their own too, as are the two other players who have won this season so far – Nadia van der Westhuizen, who won her maiden Sunshine Ladies Tour title with her victory in the SunBet Cape Town Ladies Open, and Sweden’s Linn Grant, who claimed the Dimension Data Ladies Challenge honours.

And waiting to pounce are the likes of Nicole Garcia, Norway’s Maiken Bing Paulsen, Cara Gorlei and Scotland’s Jane Turner.

For Alexander, however, who lives just down the road from Glendower, a win would be very sweet, especially since she had a share of fifth in 2019 and she came third in 2020.