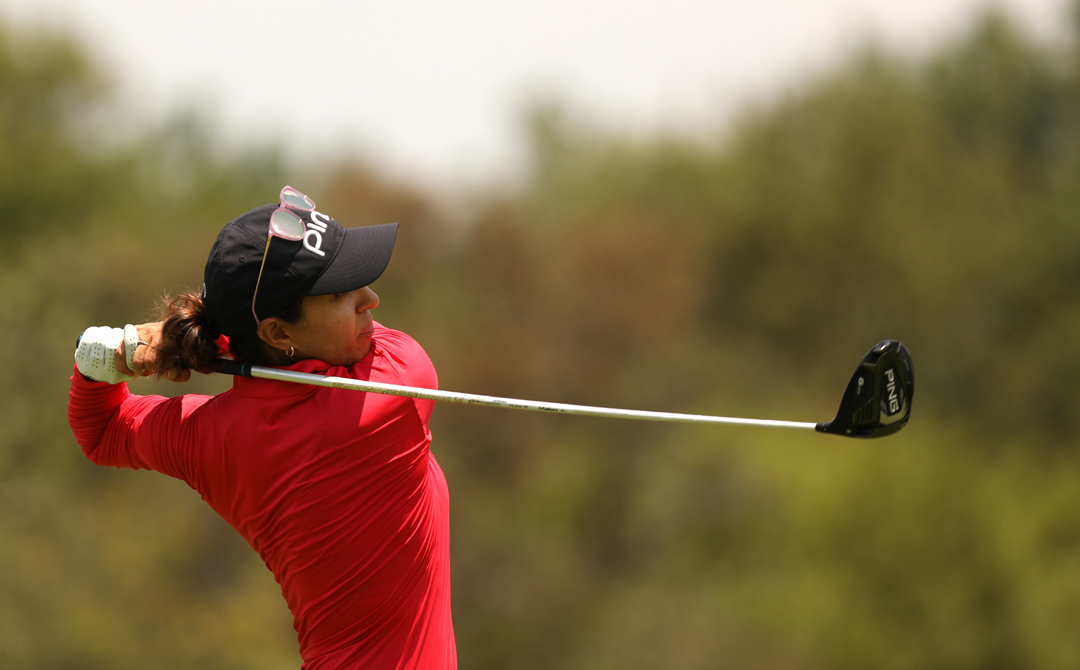 SUN CITY – Paula Reto grabbed the Sunshine Ladies Tour’s SuperSport Challenge by the scruff of the neck on Thursday as she carded a seven-under-par 65 to stretch out to a seven-stroke lead after the second round at Gary Player Country Club.

The 31-year-old South African, who plays out of Coral Springs, Florida in the United States on the LPGA Tour, was playing just her second tournament round on one of South Africa’s top courses in her first Sunshine Ladies Tour appearance.

She made things look easy as she reached the turn in four-under-par 32 with four birdies. Although she dropped a shot on the tough par-four 17th, four more birdies on her homeward nine put her into a commanding lead.

Sharing second in the R1.3-million event were Casandra Alexander (nee Hall), playing in her first event of the 2022 season after getting hitched earlier this month, and reigning South African Women’s Open champion Lee-Anne Pace.

Alexander signed for a four-under-par 68, while Pace had a two-under 70 as the pair moved to five-under for the tournament.

For Reto, coming to terms with the greens meant she was able to go even lower than her opening five-under 67. “One of the things that stood out today was the putting,” she said. “I saw a few more lines than I did yesterday when I kept leaving it short. My distance control was also good, and I hit a couple of close ones as well, so I had a couple of tap-ins which helps to go low. Other than that, I was relatively consistent. 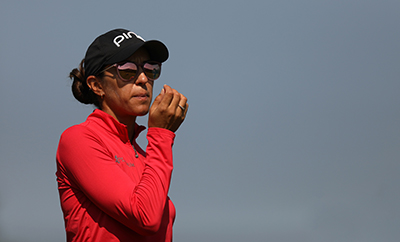 “I had so much fun today – you know, one shot at a time, staying in the moment, that kind of thing. That really helps me kind of hone in on what I’m doing at the time, and then a couple of putts dropped early on to give me some confidence.”

Alexander, who won the Joburg Ladies Open last year, used her distance off the tee to good effect with an eagle on the par-five fifth. She also made three birdies and a bogey for a second round that was topped only by Reto.

“I played great today,” said Alexander. “I left a few out there when I missed a couple of one-metre putts for birdie. Other than that, I kept it very tidy and only had one bogey for the day. I actually played just as well yesterday, but I made a few more drops so it wasn’t as impressive a score. I’m feeling good.”

Getting married has meant her season has had a slightly disjointed start, but she’s not complaining. “We had our wedding in Pretoria,” she said. It was very, very hot. It was a great day though. I won’t do it again though. I’m done now! I’m sorry to have missed the SunBet Cape Town Ladies Open and the Dimension Data Ladies Challenge, but it’s just one of those things. Getting two good rounds under the belt gives me confidence,” she added.

Reto is also confident after such a good start. “I’m going to try and do the same thing – sort of visualise my shots and keep it simple, and I feel like I’ll do well,” she said.

Behind the front-runners, Cara Gorlei carded a three-under-par 69 to move into fourth place, with Swaziland’s Nobuhle Dlamini carding a second successive level-par 72 to hold down fifth ahead of the final round.

GolfRSA No 1 Isabella van Rooyen, the leading amateur in the season-opening event at Royal Cape Golf Club, once again leads the amateur challenge. The Clovelly golfer carded a round of 73 to tie for 14th on four-over with Norway’s Michelle Forsland. The only other amateur to make the 36-hole cut was Kaylan Boshoff on five-over.