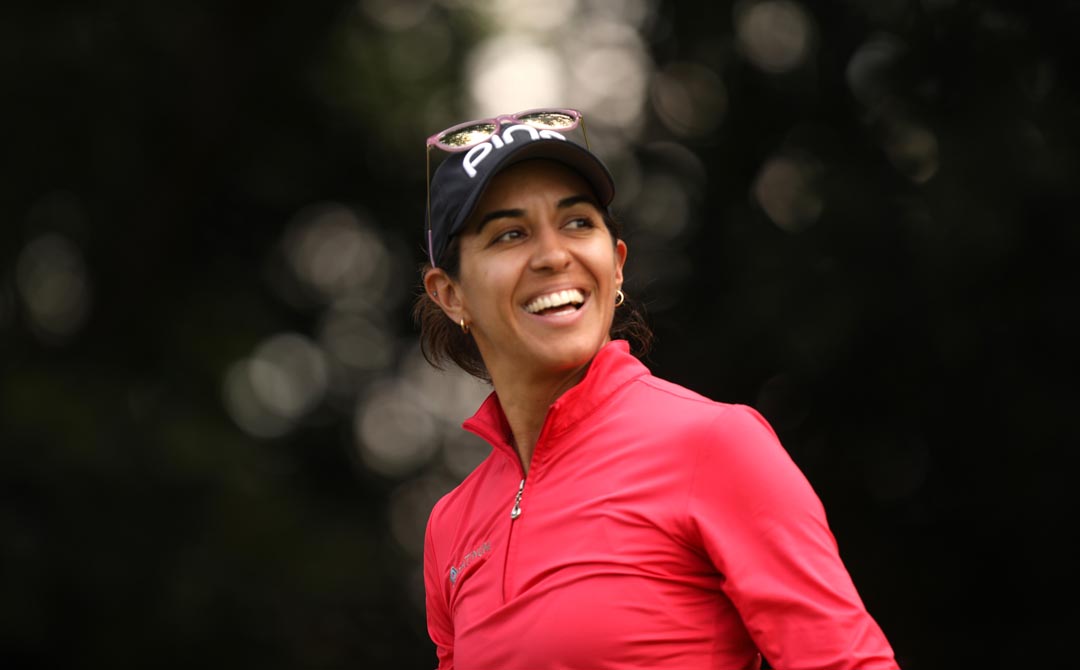 24 Febuary 2022 Paula Reto during round 2 of the Jabra Ladies Classic 2022 , at the Glendower Golf Club, Johannesburg, South Africa.

DOWERGLEN – Paula Reto edged into a two-stroke lead with a gritty putting performance on Thursday after a second round of four-under-par 68 at Glendower Golf Club in the Sunshine Ladies Tour’s Jabra Ladies Classic.

Home in South Africa to visit family, Reto will be heading back to the U.S.A to compete on the LPGA Tour after this week.

She comfortably won the SuperSport Ladies Challenge last week and her five birdies and a bogey on one of the most respected championship courses in South Africa took her to five-under for the tournament and a slim lead over first-round leader Linn Grant of Sweden.

“Today was a little up and down. I felt like the putter didn’t work as well as it has – only on the last few holes, actually,” said Reto.

“I was struggling with the lines a little bit, but the speed has been good. Yesterday as well, so I’ve been hitting some shots close, which is nice. I told myself I’ve got to keep on doing that, keep giving myself the opportunities, and a couple fell, and that changed the momentum a little bit.”

Behind her, Grant carded a level-par 72 with three birdies and three bogeys to stay at three-under for the tournament, and a stroke clear of Nobuhle Dlamini of Swaziland and reigning Investec South African Women’s Open champion Lee-Anne Pace on two-under.

Dlamini came racing through the field with a superb five-under-par 67, which included an eagle, five birdies and two bogeys, and Pace signed for a level-par 72.

In a share of fifth on one-under were Germany’s Caroline Kaufmann, Moa Folke of Sweden and Florentyna Parker of England. Four players tied for eighth finished a further stroke back, including two South Africans in Casandra Alexander and Cara Gorlei. The others on level-par were Nikki Hofstede of France and Germany’s Verena Gimmy.

GolfRSA No 2 Kiera Floyd followed an opening round of 72 with a 76 but managed to hold on the lead in the amateur line-up. The SA Women’s Stroke Play champion will start the final round in a tie for 17th alongside Sunshine Ladies Tour winners Stacy Bregman and Tandi McCallum, who both carded 72, and big-hitting Namibian Bonita Bredenhann, who signed for 74. 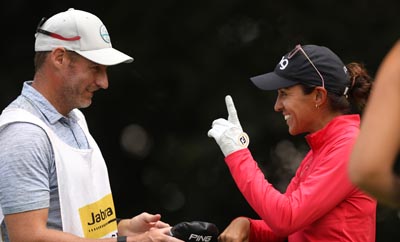 Reto got her round going with a run of five consecutive pars before making her first birdie on the par-three sixth. She dropped a shot immediately after that, however, but picked up another birdie on the eighth, and reached the turn in one-under-par 35.

It was a good display for Reto’s family, there to get a rare chance to watch her in action in the flesh. “It’s cool having my family here supporting me,” she said. “I was a little nervous because I usually don’t play with my family watching me.”

She has attempted to put last week’s win behind her as she looks to try and win a second tournament in two weeks. “I tried to think of this week as a new week, because sometimes I get ahead of myself,” she said.

“So tomorrow, I just want to do more of the same thing. I do want to practice a little putting to make sure I can see my lines and get the speed. They’re breaking a little more than last week, and I think I’m still in last week’s putting mode.”

And, although she has yet to win on the LPGA Tour, winning, and contending here in South Africa is invaluable for her. “I’m getting a lot of confidence, especially from being able to see my shots and do what I want under pressure,” she said. “Doing it at home feels like a little bit more pressure, and this is building confidence that I can do it on the LPGA Tour too.”