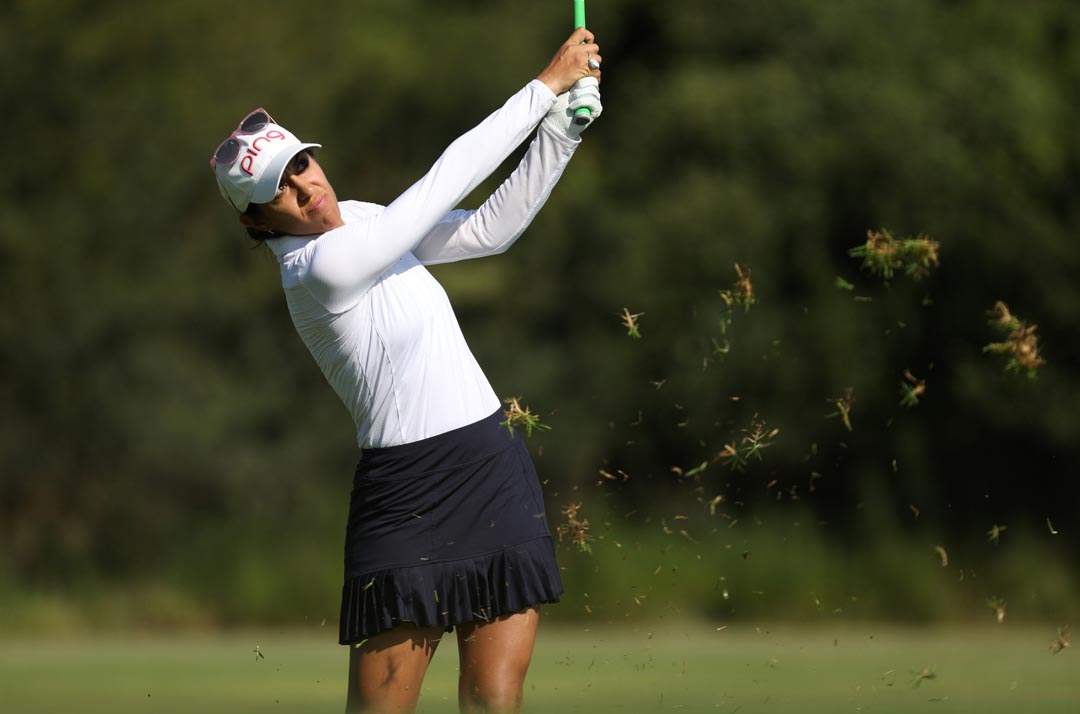 16 Febuary 2022 Paula Reto during round one of the 2022 Supersport Ladies Challenge, at the Gary Player Country Club, Sun City, South Africa.

SUN CITY – Paula Reto enjoyed her first tournament round at Gary Player Country Club so much on Wednesday that she ended up with a two-shot lead after the first round of the SuperSport Ladies Challenge after carding a five-under-par 67.

Reto, who lives in the United States and plies her trade on the LPGA Tour, made six birdies and just one bogey to lead her playing partner and reigning South African Women’s Open champion Lee-Anne Pace, who registered a three-under-par 67.

Germany’s Carolin Kauffmann was on two under in third, while Casandra Alexander of South Africa and Anne-Lise Caudal of France were on a share of fourth on one-under.

“It’s beautiful. It’s my first time playing it,” said Reto. “The course is good, the greens especially. It’s nice to have a lot of uphill putts, and angles and downhills. Encountering that in my game makes me think a little more.

“I kind of stayed patient, and I really enjoyed being here, and it kept me in the moment. I started off with a birdie, and then had pars halfway though. Then I made a couple more birdies on the back nine. I made a couple of putts which helps a lot.”

Reto made birdie on the second, and then had to wait until after the turn before picking up her second on the par-five 11th.

She picked up another immediately with one on the 12th, and then dropped her only shot of the day with a bogey on the par-three 13th. She steadied the ship, and then came home in a hurry with three consecutive birdies on the final three holes.

“Right now, I’ve been working on my long game, especially the woods, and I think I’m seeing a lot of improvement from where I was last year,” said Reto. “I think my putter is the best part of my game, so I always try to make sure it stays like that. Everything worked well together today. I like the positive things I see.”

For Pace, who celebrated her 41st birthday on Tuesday, there were two birdies on the front nine with one bogey, and three birdies with just one dropped shot on the homeward nine.

Rounding out the top 10 behind Alexander and Caudal were Nobuhle Dlamini of Swaziland, Romy Meekrs of the Netherlands, England’s Lauren Taylor and the South African duo of Stacy Bregman and Cara Gorlei.

Gorlei’s round was especially impressive after she endured a roller-coaster ride of three birdies, two pars, three bogeys and a double-bogey to turn in two-over 36. She got things well and truly back on track with two birdies and no bogeys on the back nine to pull it back to level-par.

Up front, Reto is relishing the ride back home. “It’s nice to be back in my home country,” she said. “I don’t come often to visit, so I’m going to enjoy my time here for sure.”