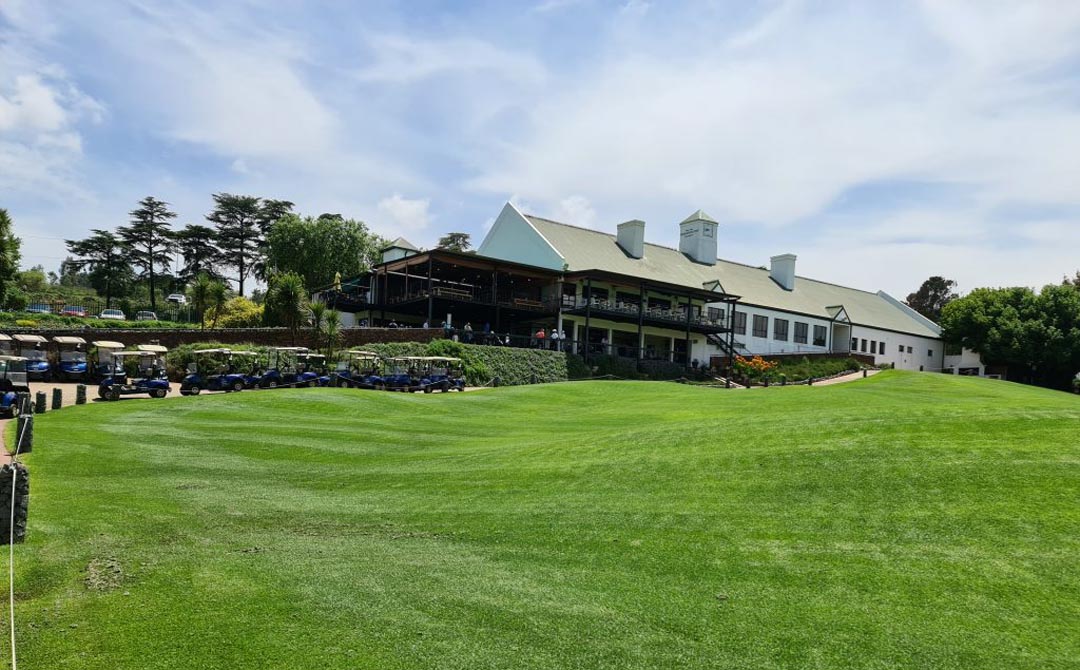 JOHANNESBURG – The leading lights of South African women’s golf have been presented with a massive opportunity as the Ladies European Tour rolls into town for the Joburg Ladies Open, teeing off on Thursday.

After six years as part of the Sunshine Ladies Tour, the Joburg Ladies Open has graduated to a jointly sanctioned event this year, boasting an increased purse of €250 000 and offering a Ladies European Tour (LET) exemption for the champion.

These incentives have fired up the local campaigners, but they have also attracted a strong international field of players representing 27 countries to Modderfontein Golf Club – the site of Ashleigh Buhai’s 2018 success in the third edition of the popular Sunshine Ladies Tour stop.

“The Joburg Ladies Open has been hugely successful since its introduction on the Sunshine Ladies Tour in 2016 and we are confident that the event will enjoy even more success as a co-sanctioned event in 2022,” said Bongi Mokaba, City of Johannesburg Director: Event Management.

“Not only does the Joburg Ladies Open serve an important role in helping to stimulate the South African economy amidst the COVID-19 recovery, but many of our regular Sunshine Ladies Tour campaigners were negatively impacted by the travel restrictions levied over the last two years. This year’s champion will not only take home the lion’s share of a purse worth €250 000, but gain playing privileges in Europe at the start of the season. We are so delighted as the City of Johannesburg to play a part in launching the career of the next champion while inspiring the next generation of future stars of the game.”

Skarpnord has lifted to trophies in South Africa – first the 2013 SA Women’s Open and then last year, when she lifted the Dimension Data Ladies Challenge title. Hewston won the 2020 Investec South African Women’s Open Championship in her first Ladies European Tour start, while Grant has visited the winner’s circle twice in her rookie season on the Sunshine Ladies Tour this year, with victories in the Jabra Ladies Classic and Dimension Data Ladies Challenge.

Two more players to watch are Johanna Gustavsson from Sweden and Kristyna Napoleaova from the Czech Republic, who tied for second in Jeddah and catapulted to third and fifth respectively in the Race to Costa del Sol.

American Kelly Whaley will also be making her debut on South African soil, coming off a course-record-equalling nine-under-par 63 in the final round at the Royal Greens that featured a new LET tournament record of eight consecutive birdies. The foreign contingent can expect to face strong challenges from the home front, led by defending champion Casandra Alexander (nee Hall), 2016 winner Lee-Anne Pace and Nicole Garcia, who are currently placed third, fourth and fifth in the rankings.

After a delayed start to the season, Alexander hit the ground running following her honeymoon with a runner-up finish in the SuperSport Ladies Challenge and a tie for fourth in the Jabra Ladies Classic.

Pace backed up a runner-up finish on the Sunshine Ladies Tour and a top five in her first LET start with two more top-four finishes at home.

The reigning Investec South African Women’s Open champion will be eager to hunt down an 11th LET tournament title, while in-form Garcia returns to Modderfontein on the back of a top-10 finish last weekend in the Saudi Ladies International.

Rising young stars on the home front to look out for include Cara Gorlei, currently sixth in the rankings, Zethu Myeki and Nadia van der Westhuizen, who broke her duck in the season-opening SunBet Cape Town Ladies Open. GolfRSA’s leading amateur Isabella van Rooyen will also be looking to make the most of her sponsor’s invitation to build experience playing in the star-studded field.

Spectators are welcome to attend, and entry is free, providing they can provide proof of vaccination, or a Covid-19 test not older than 72 hours. The second and final rounds of the Joburg Ladies Open will be televised on SuperSport Channel 213 from 09h00 to 14h00.