CAPE TOWN – If there is a virtue in holding on for dear life, then Lee-Anne Pace displayed it in spades as she came back from the dead and triumphed in a gruelling six-hole play-off to win her record fifth Investec South African Women’s Open Championship title at Steenberg Golf Club on Saturday.

“I can’t believe it, I honestly can’t believe it, I’m in shock,” said Pace after she eventually dispatched the challenge of the Argentine Magdalena Simmermacher after the duo was tied on level-par after 72 holes of regulation play.

That was after overnight leader Becky Brewerton of Wales heartbreakingly slipped out of contention after a final round six-over 78 to miss out on a play-off spot by one.

In addition to her fifth South African Women’s Open title, it was also Pace’s 11th Ladies European Tour victory and her 15th Sunshine Ladies Tour title – and she also earned herself a place at the US Women’s Open later in the year.

“I was a little down at the beginning of the week, because I just missed out on the majors – by 20 points on last year’s ranking, or something like that,” she said. “So, it’s great to earn a place in the majors!”

She started the day seven shots behind Brewerton, but the Mossel Bay native played the conditions superbly throughout the day.

Pace kept things cool for the first part of her round, but a terrific burst after the turn saw her put herself back in contention. She had pars all through the front nine, before birdies on 10, 12 and 16 put her back among the conversation, albeit with a dropped shot on the 11th.

“I needed that birdie on 10,” Pace said. “I was getting a bit frustrated with my putts not going in, I missed the shot off the green and got a bit lucky, but I got it on the green and holed the putt, so that gave me some confidence coming in.

“The 11th was always going to be a tough hole, whether you go in with a wedge or go for the green. I decided to go for it and had a terrible lie, I had to hit it, but I backed off it a bit unfortunately.

“I’d been struggling on the greens all week. I’d been hitting so many greens all week, and everything came together except the putter, and nothing wanted to drop, but when it really counted it did on the last hole.”

Meanwhile, Simmermacher had led after the first round in Cape Town, but found herself alongside Pace on two-over heading into the final day, with a third round 77 seeing her drop down the standings in the breezy conditions. Birdies on five and nine put the Argentinian in contention, before two bogeys and two birdies on the back nine saw her complete the day in 70 shots and set up the nail-biting finale.

And with the sun starting to set over Cape Town, both players pulled out a number of spectacular shots to keep the contest alive.

The par-five 18th had been causing issues for players all week, with the tight green and water on the right-hand side meaning there was all sorts of trouble to be avoided. Both players kept things fairly routine for their opening three journeys down the last, with pars apiece every time.

Then, with the tee box moved forward 75 metres, things started to get interesting as both players started chasing the green in two. A miraculous bunker escape from Simmermacher then forced a fifth play-off hole, before two fantastic approaches and putts saw the duo head back to the tee for a sixth time.

And that’s when the pressure eventually told, as Simmermacher hit her second into the water, paving the way for Pace to two-putt her way to victory, and she made no mistake

Further down the rankings, Casandra Alexander of South Africa and England’s Felicity Johnson finished in a tie for fourth on three-over, as Alexander went round in level-par for the day, while Johnson shot 74 for her final 18 holes.

France’s Agathe Sauzon also shot level-par to take sixth on her own at five-over, while four players shared seventh on six-over.

Linn Grant from Sweden, who claimed her maiden Ladies European Tour title in the co-sanctioned Joburg Ladies Open, backed up last week’s victory with another strong performance, finishing in a tie for seventh with fellow Scandinavians Madelene Stavnar and Tiia Koivisto and France’s Emma Grechi.

Seventh place for Grant was also enough for her to seal the Investec Order of Merit title, with three victories in South Africa to start the year, with the win in Johannesburg adding to successes at the Dimension Data Ladies Challenge and Jabra Ladies Classic in February.

“I just had the best couple of weeks here, I’m glad that I decided to come for eight weeks and start my season over here,” Grant said. “I’ve met some great people, including Lee-Anne, I’ve had the best time and played some great golf as well.”

Reigning South African Women’s Amateur Stroke Play champion Kiera Floyd held her in the gusting wind to keep pace with the professionals and a joint 26th place on 10-over saw the 17-year-old GolfRSA National Squad member lift the prestigious Jackie Mercer Trophy as the leading amateur in the 132-strong field.

The fifth Investec South African Women’s Open trophy came with a R 728 550 pay-day in the City of Cape Town and a bank of points that rocketed Pace to the top of the 2022 Race to Costa del Sol rankings. She sits on 681.67 points, with Grant in second-place on 586.25.

For Pace, all of this means it’s time to believe it.

She will board a plane to Thailand on Monday night brimming with confidence ahead of her next two events and basking in the knowledge that she is comfortably the most successful player in the history of the South African Women’s Open Championship.

PHOTO: A gutsy performance from Lee-Anne Pace earned the most successful player in the history of the Investec South African Women’s Open a record fifth title when she prevailed with a birdie at the sixth play-off hole to lift the trophy at Steenberg Golf Club; credit Sunshine Ladies Tour.

END_OF_DOCUMENT_TOKEN_TO_BE_REPLACED 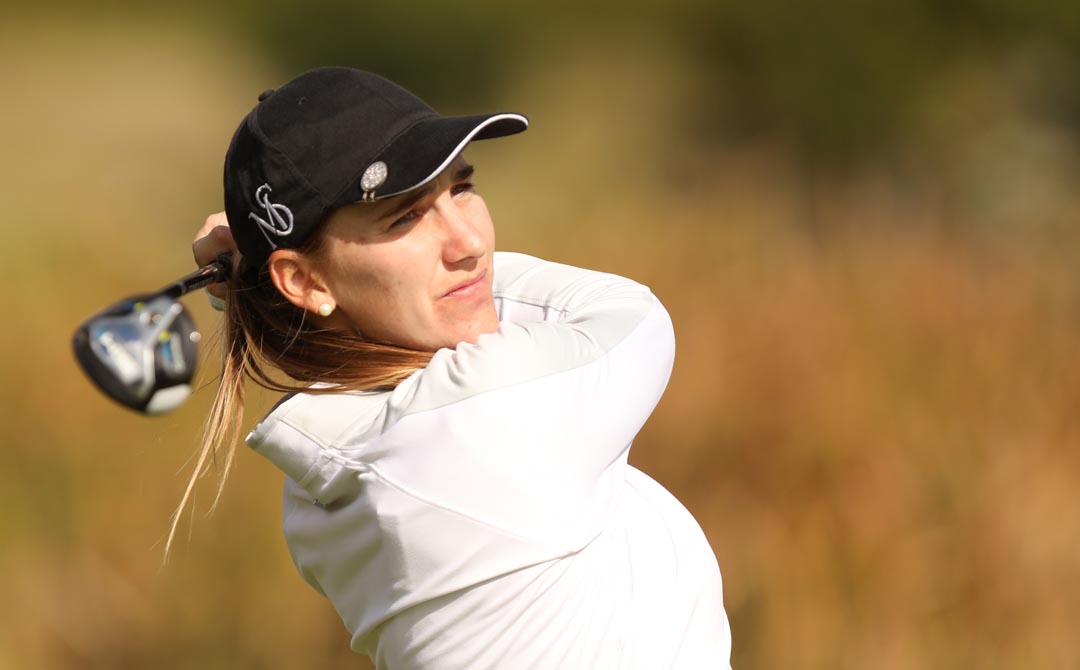 This website uses cookies to improve your experience while you navigate through the website. Out of these, the cookies that are categorized as necessary are stored on your browser as they are essential for the working of basic functionalities of the website. We also use third-party cookies that help us analyze and understand how you use this website. These cookies will be stored in your browser only with your consent. You also have the option to opt-out of these cookies. But opting out of some of these cookies may affect your browsing experience.
Necessary Always Enabled
Necessary cookies are absolutely essential for the website to function properly. These cookies ensure basic functionalities and security features of the website, anonymously.
Functional
Functional cookies help to perform certain functionalities like sharing the content of the website on social media platforms, collect feedbacks, and other third-party features.
Performance
Performance cookies are used to understand and analyze the key performance indexes of the website which helps in delivering a better user experience for the visitors.
Analytics
Analytical cookies are used to understand how visitors interact with the website. These cookies help provide information on metrics the number of visitors, bounce rate, traffic source, etc.
Advertisement
Advertisement cookies are used to provide visitors with relevant ads and marketing campaigns. These cookies track visitors across websites and collect information to provide customized ads.
Others
Other uncategorized cookies are those that are being analyzed and have not been classified into a category as yet.
SAVE & ACCEPT
Next Up
Previous